Biography of Joe’s Wife, Dana Grady | Is she still Married? Dana Grady is famous as the wife of an American football quarterback, Joe Flacco. Her husband, Joe currently plays as a quarterback for the Denver Broncos of the National Football League (NFL).

What School Did Dana Grady attend?

The celebrity wife, Dana Grady was born on 24th February 1985.  In New Jersey, the United States of America, she was born to the parents, Daniel Grady (father) and Deborah Grady (mother). Her birth sign is Pisces.

Diana grew up with her three siblings, a brother, Zachary Grady, and two sisters, Lisa Grady and Sara Grady. Dana holds an American nationality while her ethnic background is white. She completed her high school at Audubon High School in Camden County, New Jersey.

Yes, the couple Dana Grady and Joe Flacco are still married. They began their love life after meeting each other in their high school, Audubon High School. After dating each other for many years, they finally decided to tie the wedding knot and they are married on June 25, 2011.

Their wedding ceremony was held on 25th June 2011 at Holy Savior Church in the presence of their close friends and family members. Further, the reception party was held at the beautiful Hyatt Penn’s Landing in Philadelphia.

The wedding photographs of the couple are all over the internet and on social networking sites. In wedding photography, we can see there Joe was playing as a quarterback and his bride as a center and groomsmen were sitting in as the rest of the offensive line.

The College Sweethearts are the Proud Parents of Five Children!

After one year of their marriage, Dana and Joe were blessed with a baby boy, Stephen Vincent Flacco on 13th June 2012. Their second son, Daniel Flacco, was born on 15th September 2013, and their third son, Francis Flacco was born on 20th January 2015.

They welcomed their only daughter, Evelyn Flacco in September 2016. At the time of Evelyn’s birth, Joe said:

“It was definitely different. Seeing a girl come out after three boys was a bit of a shock. Everybody is beyond overjoyed, beyond pumped.”

On 6th April 2018, they gave birth to their 5th child as a son, Thomas Kevin Flacco. Dana and Joe often upload their picture with their children on their social sites.

Who is Dana Grady’s Husband?

Grady’s husband, Joe, an American football player currently he is playing for the Denver Broncos of the National Football League (NFL). He started playing football during his college days in Delaware and later, transferred to Pittsburgh.

In Audubon, New Jersey, United States, the Denver Broncos quarterback was born to parents, Karen Flacco and Stephen Flacco on January 16, 1985. Joe Flacco is also known as Joseph Vincent Flacco and is running 35 as of 2020.

Joe is the eldest of five siblings, four brothers—Mike, John, Brian, and Tom. Previously, he was the Super Bowl Champion (XLVII) and the Super Bowl MVP (XLVII). He was the first rookie quarterback to win two playoff games while he was at NFL. In the year 2007, Flacco was the ECAC Player of the Year and Pepsi NFL Rookie of the Year in 2008.

Dana Grady’s husband, Joe has an estimated net worth of $75 million while his annual salary is $20 million. 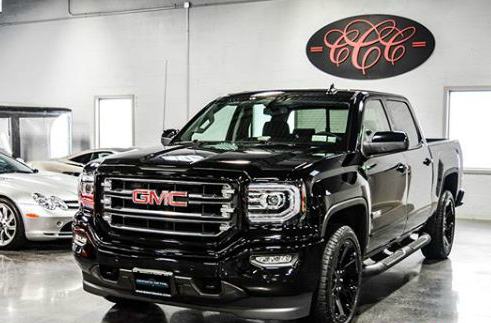 Facts of Biography of Joe’s Wife, Dana Grady | Is she still Married?

Related Post of Biography of Joe's Wife, Dana Grady | Is she still Married?